It all started in 1962 with the “Dr. No” film, the first of the James Bond series, starring Sean Connery as the fictional MI6 agent 007 and Ursula Andress as his girl during the Jamaica mission. Today we have the honour to see the jubilee 25th film for the adventures of the legendary British spy. “No Time to Die” is the 5th film featuring Daniel Craig as Bond, James Bond and also his last role in the series. We are back to Jamaica where our ex-spy enjoys a peaceful but luxury living as he is no longer in active service. The tranquil days are over when an old friends finds Bond and asks him for help. It is a rescue mission to save a kidnapped scientist that goes out of control when it turns out that a dangerous technology is in the wrong hands. 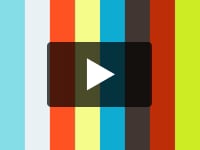 " Bond 25: No Time to Die finally premieres after a two-year delay. It was originally supposed to have been released in the spring of 2020, but then the pandemic hit us and the movie was postponed several times. This movie will be one of the best with Daniel Craig. Bond's old friend Felix suddenly shows up in Jamaica, where Bond lives a peaceful life. Felix needs help to rescue a kidnapped scientist. However, it quickly turns out to be more complicated than expected and Bond gets on the trail of a villain armed with dangerous new technology. It can be seen in the cinemas from 30 September. "

" Due to the prolonged shutdowns worldwide, the latest James Bond movie has unfortunately been postponed once again. The new release date is October 8th. Bond is not the only film that has been influenced by closed cinemas. ‘Peter Rabbit’ has been postponed until June 11th, ‘Ghostbusters 3’ will not hit theaters until November 11th and we can’t expect to see ‘Uncharted’ until February 11th, 2022. "

Who will replace Daniel Craig?

" Daniel Craig has played the iconic role of James Bond 5 times, but he has also announced that ‘No Time to Die’ will be his last round. Therefore, speculations are underway about who will take over. The casters behind James Bond have announced that they are open to the spy being played by a person of a different ethnicity or even by a woman. But let's see how experimental they are willing to be. One of the big favorites right now is Regé-Jean Page, who stars in the Netflix series ‘Bridgerton’. Another popular bid is Tom Hardy, who has the physique to play Bond. Other popular bids include Lashana Lynch, who stars in the latest Bond film, Tom Hiddleston who is known for his role as Loki, Cillian Murphy from the series ‘Peaky Blinders’ and of course Idris Elba who has long been on many Bond fans' wish list. Who would you like to see as James Bond? "

" The film year of 2020 was marked by postponed Blockbusters and Danish success. In 2021, we look forward to seeing some of all the movies that we were cheated of in the past year. Among the most anticipated films are: ‘James Bond: No Time To Die’, which is said to be Daniel Craig's last film as James Bond; ‘Dune’ starring Timothée Chalamet; ‘Top Gun: Maverick’, which brings Tom Cruise back in the role of Pete Maverick Mitchell; ‘Black Widow’ with Scarlett Johansson and ‘Ternet Ninja 2’. So if you have received a gift card for the movies as a Christmas present, there are plenty to choose from. "

" 2020 is the year of endless premiere pushbacks, and we are obviously not done yet. The new James Bond movie 'No Time To Die' has been postponed once again, and will therefore not be released until April 2, 2021. It is a full year after the movie's original release date, which should have been in April 2020. The film was first moved to November 2020, but now it has been moved again because covid-19 is still ravaging many places around the globe and many movie theaters in the USA in particular are still closed. "

" One of the only advantages of all the postponed film premieres is that we in return have gotten lots of beautiful and exciting trailers. And the same goes for ‘James Bond 25: No Time to Die’. The film has finally gotten a Danish premiere date on November 12th, and until then we can enjoy the new trailer, which reveals a lot more than the previous ones. "

" Like many other movies the premiere of the new James Bond film ‘No Time to Die’ has been postponed. But luckily a new date has already been set, and we can look forward to meeting James Bond in Danish cinemas again on the 12. of November. Allegedly, it will be the last film with Daniel Craig in the lead, and besides him we can also look forward to great actors such as Rami Malek, Rory Kinnear, Lea Seydoux, Ralph Fiennes, Naomie Harris, Ben Whishaw, Jeffery Wright and Christoph Waltz. "

" Due to the closing of Danish cinemas an array of movies will have their premieres postponed. These are primarily movies with premieres on the 12., 19., and 26. of March and the 2. of April. At the moment the movies are Kød & Blod, The Peanut Butter Falcon, Weathering with You, SamSam, Dark waters, A Quiet Place, Little Women, Mulan, Trolls på Verdensturné, No Time To Die, Bølle på Eventyr, La Belle époque, X-Men: The New Mutants, Peter Kanin hopper hjemmefra og Fast & Furious 9. Here at Bioguiden we will keep you updated with the new premiere dates as soon as they are released. "

" James Bond is an icon, and the musicians who make soundtracks to James Bond movies all earned their place in the history books, if they weren’t already mentioned. Billie Eilish is no exception but yet she stands out. Besides being behind the soundtrack to the upcoming James Bond movie, she just cleared the table at this year’s Grammys. She took home the award for both album, record, song and best new artist, as only the second person in Grammy history and the first female. Eilish’s convincing trophy harvest has left many critics speculating whether she could win an Oscar next year for her James Bond Soundtrack. ’James Bond 25: No Time to Die’ will premiere in Danish cinemas on the 2nd of April. "

Daniel Craig in his last round as Bond

" Daniel Craig has played the role as the legendary James Bond for more than a decade, but now it seems that the journey has come to an end. ‘No Time to Die’ will be Craig’s last movie as 007. In the new film Bond is no longer an active agent and is enjoying his retirement in Jamaica when Felix Leither from CIA shows up, and Bond has to get back in business to save the world once again. Besides Craig the new movie has casted an array of great stars, including Rami Malek, Christoph Waltz, Ralph Fiennes, Naomie Harris, Lashana Lynch and Léa Seydoux. ‘No Time to Die’ will premiere in Danish cinemas on the 4. of April 2020. "

‹ › ×
× We use cookies to make interactions with our websites and services easy and to better understand how they are used. By continuing to use this site you are giving us your consent to do this. Read more here.